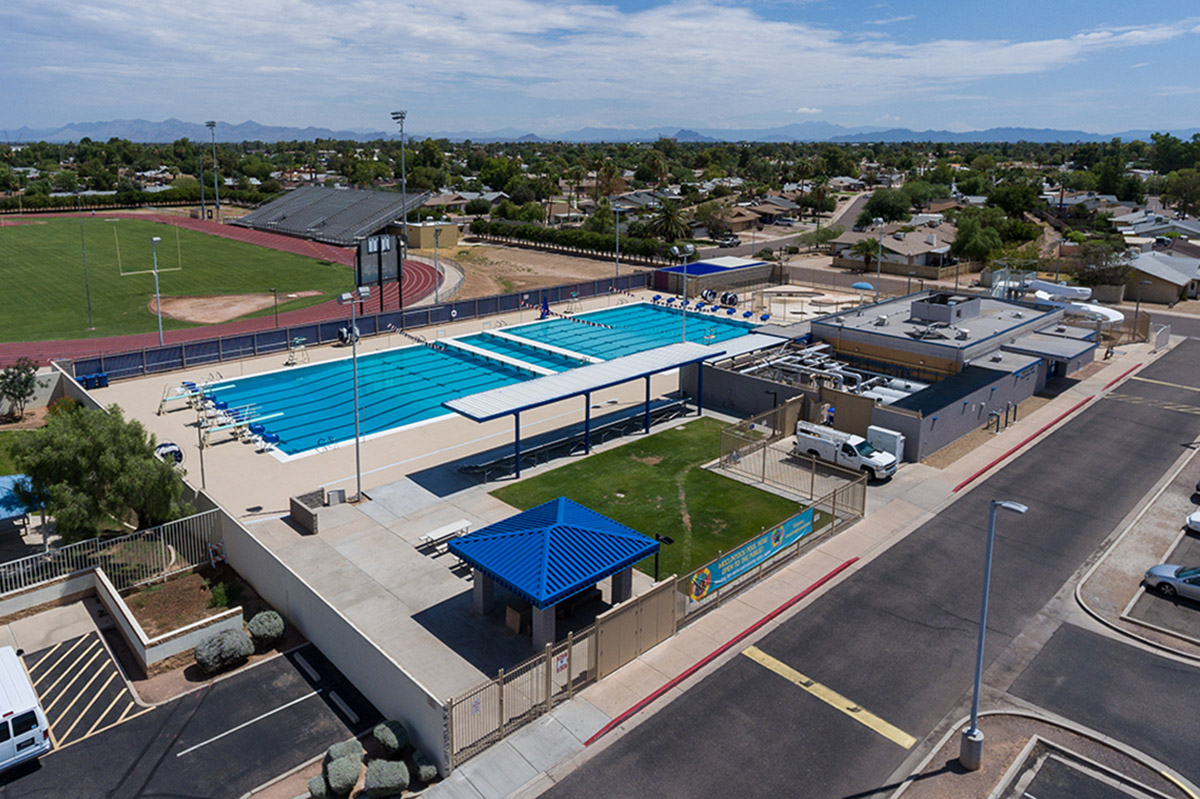 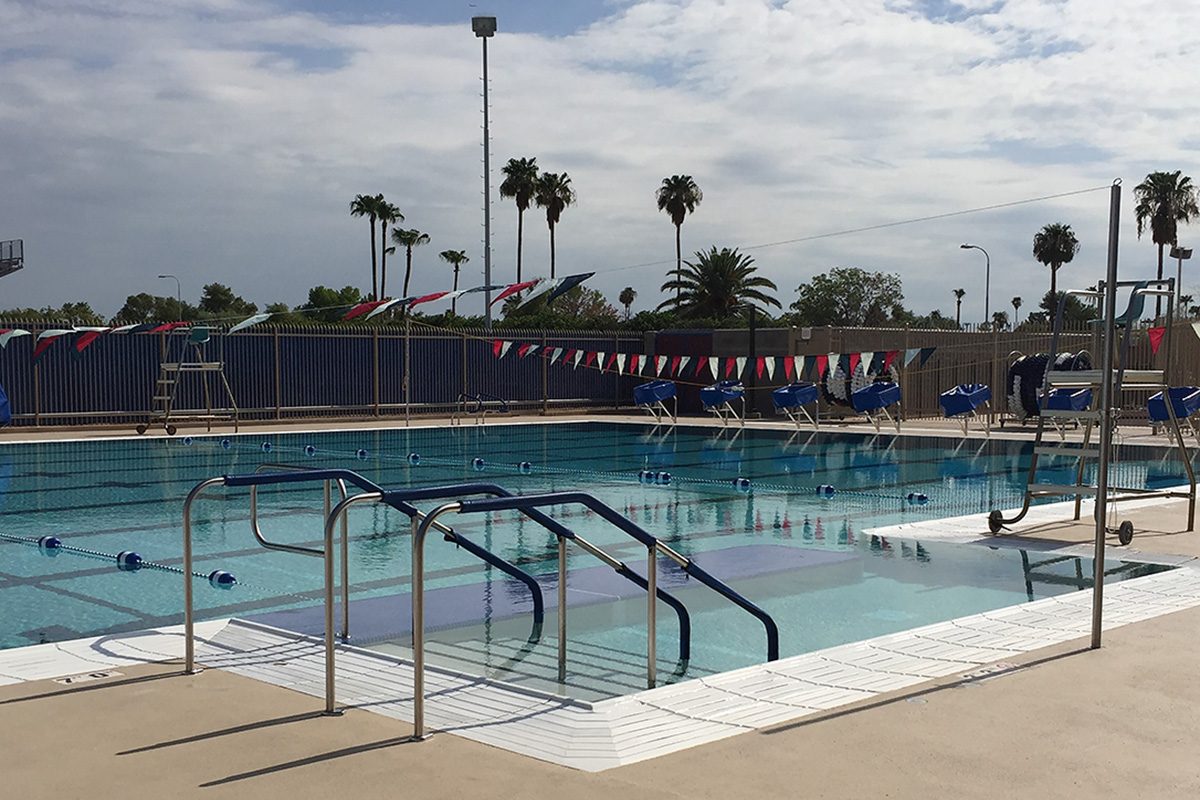 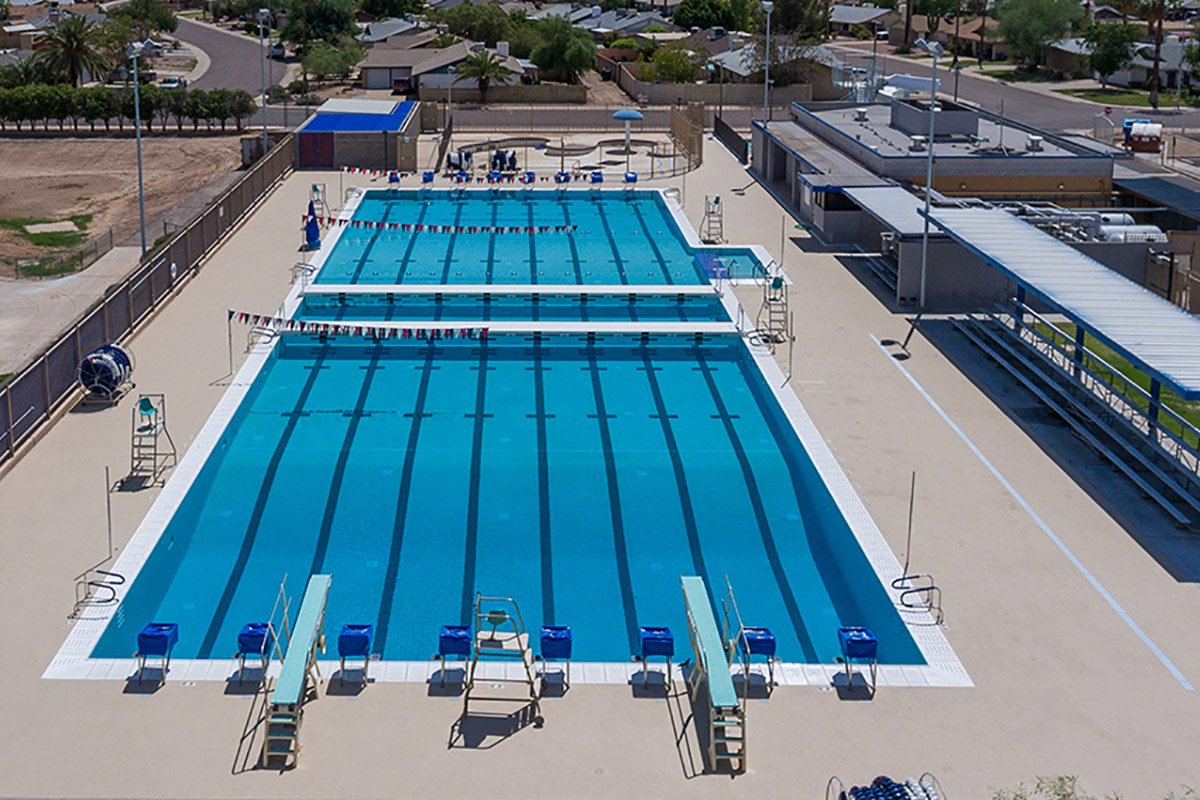 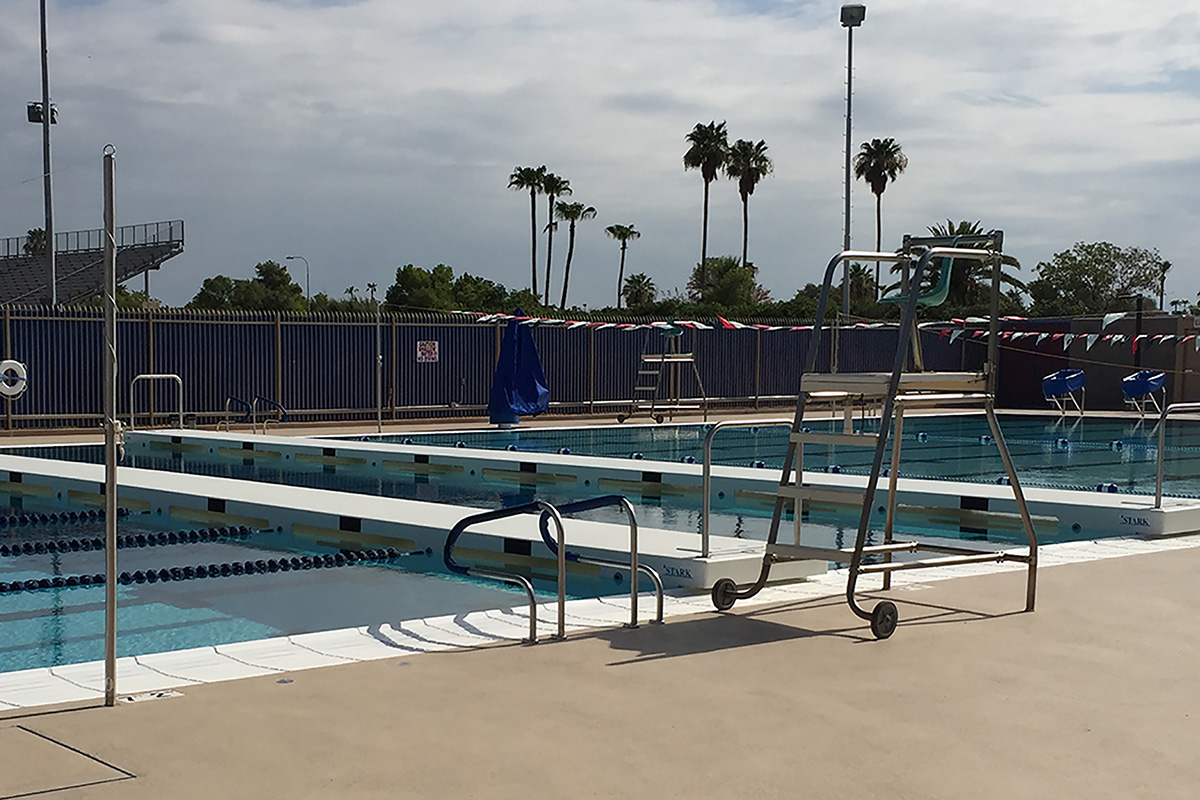 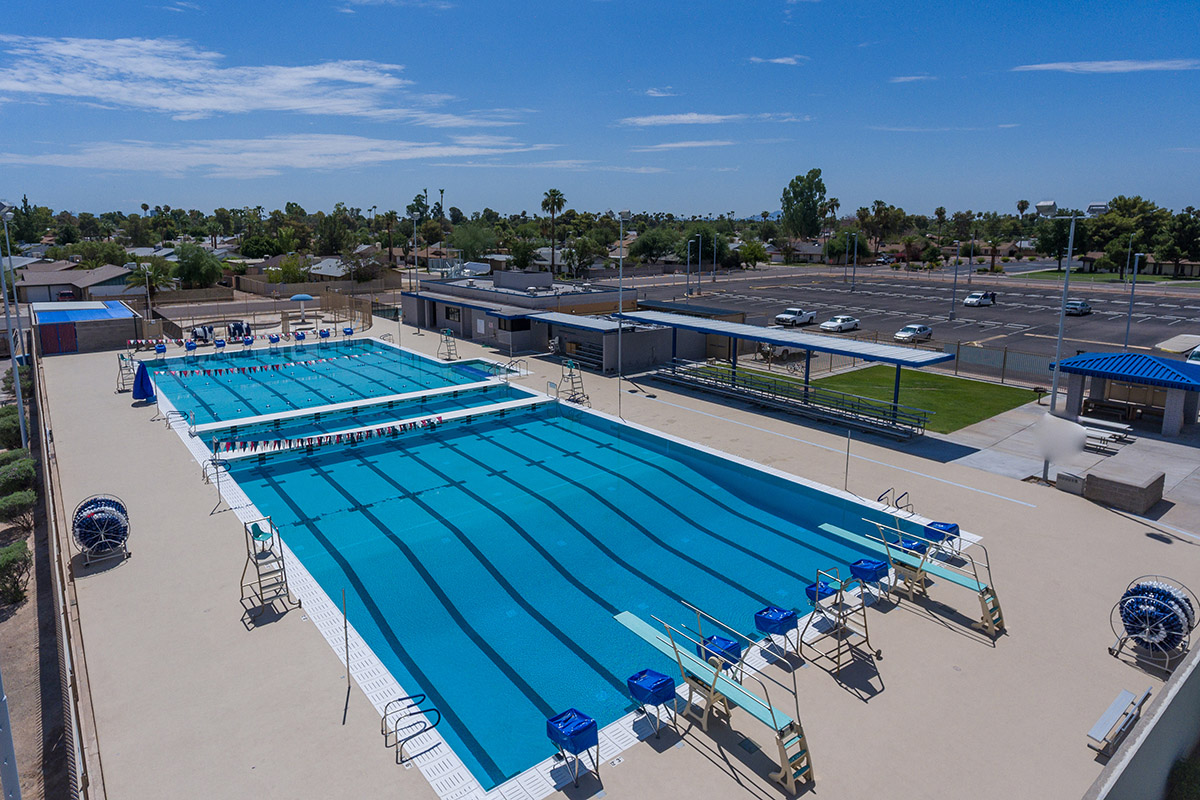 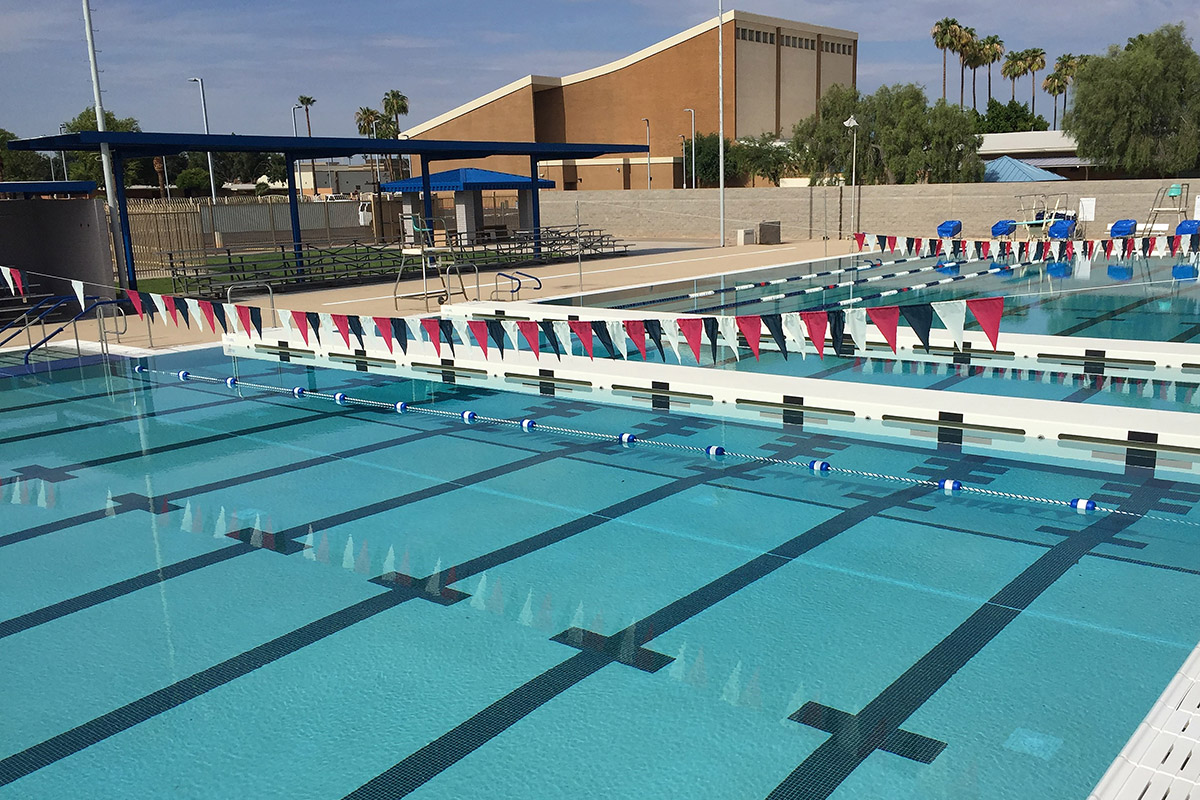 McClintock Pool was constructed by the City of Tempe on Tempe Union High School District property in 1964, and this competition and recreation pool served its neighborhood community, McClintock High School sports programs and local swim clubs for decades. Despite a remodel in 1996, maintenance and upkeep became an increasing challenge. And while the facility continued to be used for Tempe Schools physical education classes, swim team practice and competitions, by 2010 the condition of the pool prevented it from serving the public for recreational swimming until the necessary infrastructure improvements and pool renovations could be completed. In 2015 the city council approved funding to make the necessary improvements.

Adaptive Architects worked with the city on this partial demolition of the existing pool and construction of new eight lane, fifty-meter competition pool with movable bulkheads to allow an expansion of the programming opportunities. The remodeled pool was made deeper to meet the Maricopa County Department of Environmental Quality requirements for diving, longer to accommodate current standards for competitive swim meets, and a new ADA-accessible entrance was added to allow use by the entire community, regardless of their abilities.

Additional site work included removal and replacement of portions of the existing pool deck, and re-coating of other areas to a like new condition. New pool deck exit gates were installed to ensure compliance with exiting requirements, and new pool equipment and piping to support the larger capacity pool was provided. An existing bath house remained in its original location and condition, with no work in these areas, and an existing but out-of-service toddler play pool and slide remained unused. As of February 2018, Adaptive Architects has been awarded Phase II improvements at this facility, and we will begin working with the City of Tempe on this important project in the next few weeks.

Timing was a critical element for this project due to school calendar constraints and swim club schedules. Adaptive Architects worked closely with the city and our consultants to make sure the time line for completion was preserved, and the pool opened right on schedule and with great excitement and pride in the Summer of 2017.